The Making of an Archive 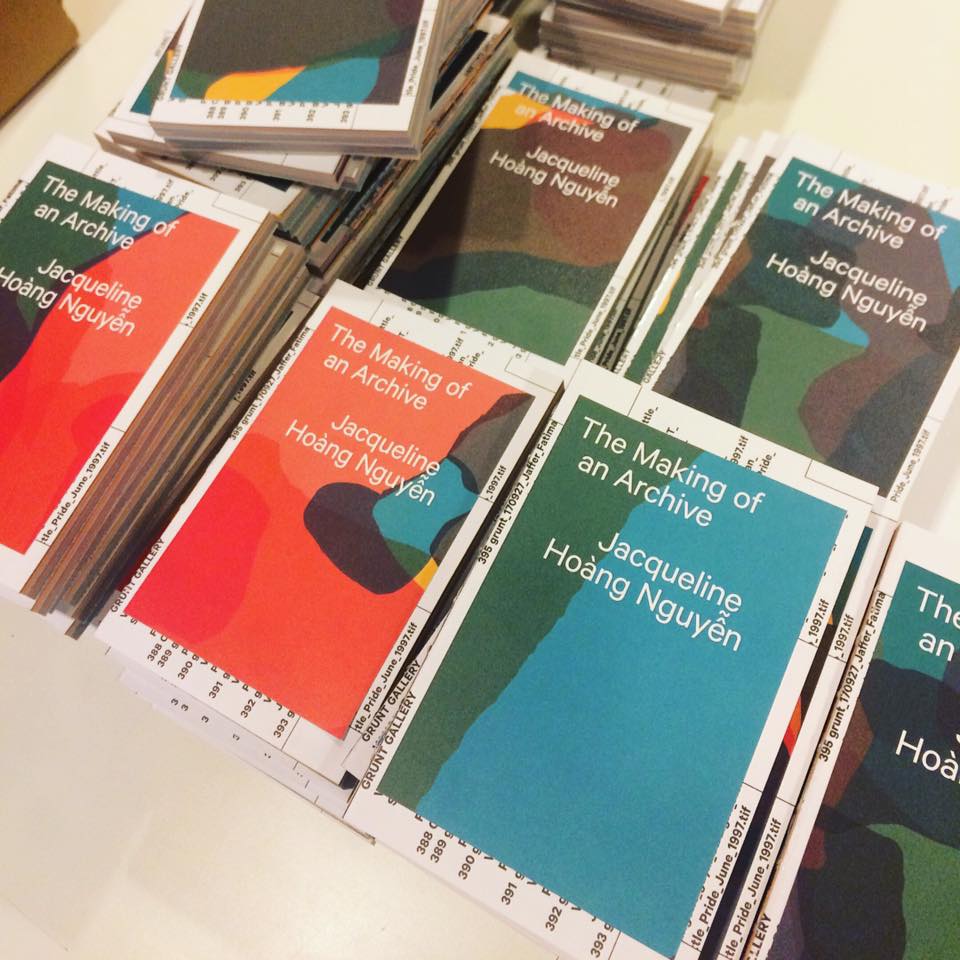 The main catalyst for the initiation of Jacqueline Hoàng Nguyễn’s project The Making of an Archive was the photo albums of the artist’s father, an amateur photographer who took countless photographs of his daily life when he first immigrated to Canada in the 1970s. However, while doing research for her previous artworks, the lack of representation of the immigrant’s daily life in state narratives seemed paradoxical for a country that is internationally known as the instigator of multiculturalism. Due to this visual deficiency and threat of photographic disintegration, Nguyễn initiated The Making of an Archive, a project that seeks to collect images of everyday life photographed by migrants, particularly of people of colour, in a direct, collective and exploratory approach. One of the salient themes of the work is how to make visible the rich histories of activism and solidarity that complicate the pervasive myth of the agreeable “model minority.” The publication The Making of an Archive serves as a critical document of Nguyễn’s research and the project’s relevance to larger conversations around Canadian vernacular photography by people of colour, the role of the artist-initiated archive, and how an expansion of the archival record relates to political and social change.

The Making of an Archive is edited by Jacqueline Hoàng Nguyễn, grunt gallery’s Curator Vanessa Kwan and Archives Manager Dan Pon, with contributions by Liz Park, Gabrielle Moser, Fatima Jaffer, Dan Pon and Tara Robertson, Maiko Tanaka and an introduction by Vanessa Kwan. The publication is designed by Chris Lee.